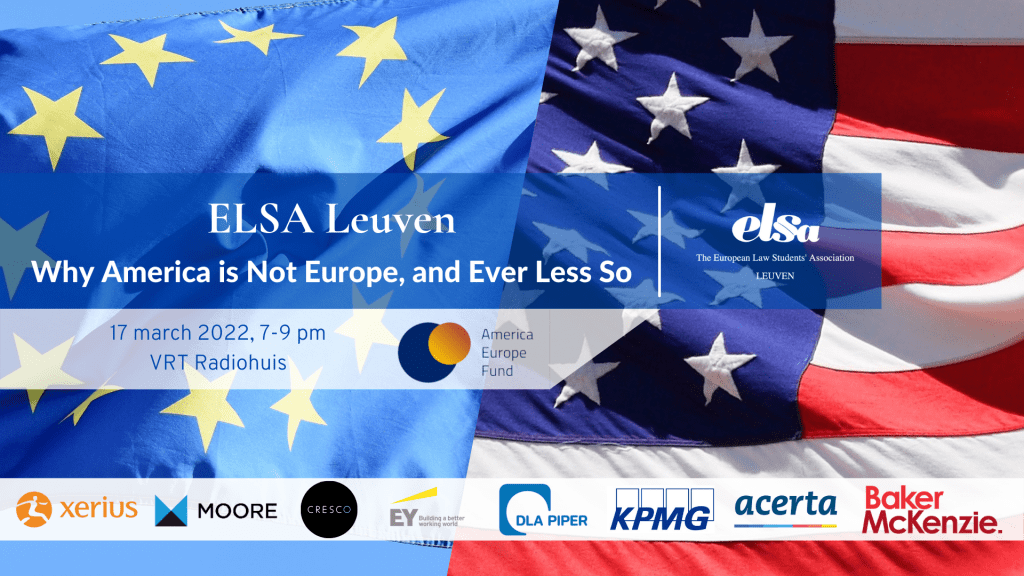 Journalistic Testimonials: Why America is Not Europe, and Ever Less So

The America Europe Fund and the European Law Students’ Association Leuven kindly invite you to a lively evening debate for students.

This evening debate brings together four prominent Belgian journalists who have been professionally and passionately reporting and commenting on American and European news for many years. Led by KU Leuven’s American Politics Professor Bart Kerremans, they will engage, in interaction with students, in a discussion why America is not Europe, and ever less so. They will focus on approaches to power, force, sovereignty, and the role of government in society.

– Greet De Keyser, Journalist for VTM, based in Washington DC